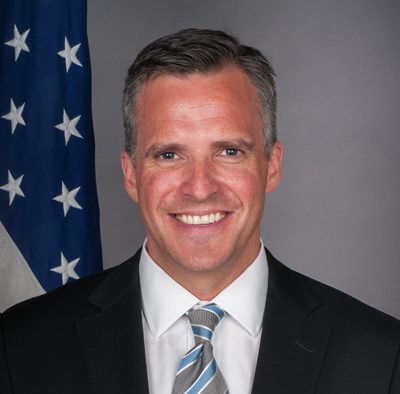 Rufus Gifford started his career in the entertainment industry, where he helped produce family blockbuster films such as the Dr. Dolittle franchise and Garfield: The Movie. In 2004, at the age of 29, he decided to leave the entertainment industry and enter the world of politics. He started his own political consultancy business and worked for numerous U.S. Senators and California politicians before meeting then-Senator Barack Obama in January 2007. He worked on President Obama’s 2008 Presidential race in California and moved to Washington, DC following Obama’s historic election. There he took the fundraising reins of the Democratic National Committee in 2009 as Finance Director. At the start of the 2012 election, Ambassador Gifford moved to Chicago to help launch the re-election campaign of the President. He served as a senior Staff member and Finance Director of the campaign – ultimately responsible for its more than billion dollar budget.

Now-U.S. Ambassador Rufus Gifford is a man never afraid of a challenge and willing to take a risk with a smile wanting to do his small part to create a world that is more engaged and innovative.