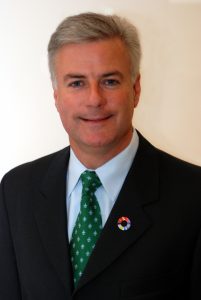 Leading the development of Global Entrepreneurship Week on behalf of the Ewing Marion Kauffman Foundation, Jonathan Ortmans has worked to align more than 135 countries to inspire, connect, mentor and engage the next generation of entrepreneurs. In doing so, he has helped assemble an informal coalition of 7,906 organizations dedicated to stimulating entrepreneurial activity.Previously, Ortmans served as executive director of the Columbia Institute for Political Research, concentrating on health care economic policy. Currently, he also serves as president of the Public Forum Institute, an independent not-for-profit organization that enjoys strong bi-partisan congressional support in fostering public discourse on major issues of the day.In addition to serving on the national Boards for GEW around the world, Jonathan recently joined the Board of the Center for Entrepreneurship in Moscow. He also founded and chairs the Global Entrepreneurship Congress which each March annually gathers over 3,000 experts and policymakers focused on starting and scaling new firms.